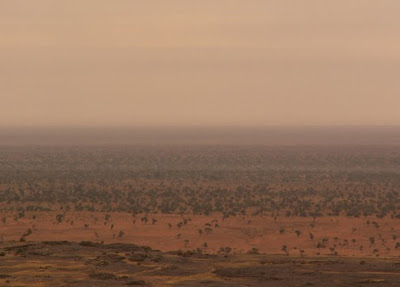 January 29, 2010. Early morning sun over the Seno plains from the escarpment of the Plateau Dogon (Mali). At the foot of the escarpment one finds low tree densities on sand dunes, but beyond that a “sea” of on-farm trees can be seen, which are mostly young. A quick study should be done to look at the scale of this recent re-greening, which is significant.

Surprises keep emerging also in the beginning of 2010. The conclusion of the last activity report of 2009 was that we begin riding a wave. That’s the case. African Re-greening Initiatives is not about a big project with a cloud of money, but about creating a movement and a process….involving others….We know where we come from, we know where we are, but we do not yet know where this is going to end.

Here is some news about the first weeks of 2010.

1. Leslie Hill of FINHUMF and José Molina (tourism expert) visited Burkina Faso and Mali in the last week of January. Our re-greening coordinators in both countries participated in the visit. The dynamics observed are considerable. Although funding for the re-greening initiatives in Burkina and Mali became available barely six months ago (June 1, 2009) a movement is already emerging. Discussions with farmers who already protected and managed on-farm natural regeneration, show a great awareness of the multiple benefits of re-greening.

2. SahelECO and partners concentrate their activities in the first year on the Mopti region where it can build on earlier work. Meetings were held in three places and in all cases a wide spectrum of partners (non-governmental organisations, technical ministries and elected officials) participated. 10 – 12 organisations participated in each of the meetings. All partners emphasized their interest in promoting farmer-managed natural regeneration and some have mobilized funding from other sources to do so. Three field visits showed the considerable dynamics that the re-greening activities in Mali can tap into and build upon. Adapting national forestry legislation, by removing some ambiguities in it, is regarded a key activity. Informing farmers about the contents of the current legislation and what this means to them is also important. 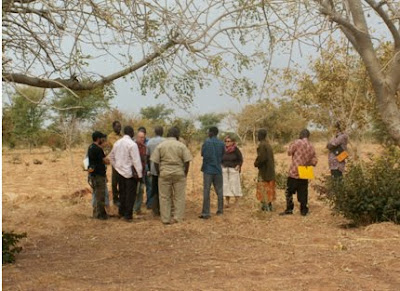 Photo 2:Farmers on the Seno plains in Mali have already built tree based production systems on a large scale….and are very aware of the multiple impacts. Their future depends on trees. This photo shows the group exchanging with a farmer.

3. Although it would be possible to show many pictures of on-farm re-greening in the areas visited, it is good to show here one picture of what is one of the astonishing features of agriculture on Mali’s Dogon Plateau…and unique in Africa. With project support farmers have built the last three decades dozens of small dams across valley floors. This created reservoirs and farmers literally constructed new fields on bare rock along the reservoirs. They collected soil elsewhere, carried it in baskets on their heads to the bare rock....constructed shallow fields on the rock, created a grid pattern in order to irrigate efficiently and produce onions. A narrow green belt snakes through the valleys and in the dry season tens of thousands of tons of shallots are produced and exported to other regions. 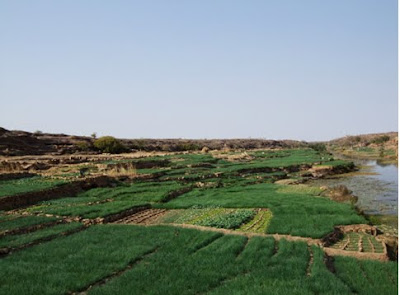 Photo 3: Irrigation just outside Sangha on the Dogon Plateau; Most irrigation is by hand, but some pumps are used. Also in this case shallots dominate, but some cabbage and lettuce is also cultivated. (January 27, 2010).

4. The re-greening initiative in Burkina Faso has selected six provinces for intervention and it is now operational in 103 villages. The initiative collaborates closely with elected officials at the “Commune” level. In different “Communes” areas are demarcated in which villagers will protect and manage natural regeneration. Some of these transects are along major roads, which means that regeneration will be visible to those driving along it. The transect along the main road (Ouagadougou – Dori) on both sides of the village of Banh is about 26 km long and 1 km large. Villagers will be involved in the monitoring and evaluation of regeneration…and researchers will select a sample of transects for the study of regeneration and its impacts. 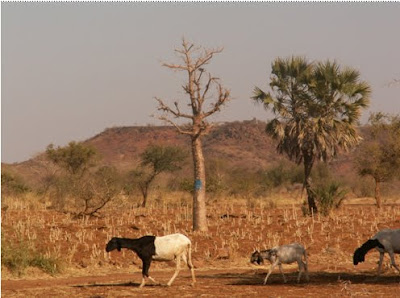 Photo 4: transects are demarcated where natural regeneration will be protected and managed by villagers.

5. In the first week of February partners in the Web Alliance for Regreening Africa (W4RA) met in Ouagadougou to learn from existing experience with the use of ICT in agriculture and to begin the process of designing a 3 year project proposal, which will as soon as possible be submitted for funding. Key challenge is to link internet, rural radio and mobile phones…..to share knowledge and information relevant to re-greening between stakeholders and to create access to this info to all those interested in it wherever they are.

If you are interested in more info go to:
http://www.webfoundation.org

click on regreening in Africa and in text click on “workshop on mobile web for rural development in Burkina Faso 3-4 February”. You will find there the program and the minutes of the workshop.

7. Antoine Kalinganire, the Sahel coordinator of the World Agroforestry Centre (ICRAF) also participated in the workshop and the opportunity was used to discuss collaboration between the World Agroforestry Centre and African Re-greening Initiatives. Frank Place, economist of ICRAF, also happened to be in Ouagadougou and we discussed designing a research project on the “economic valuation of agroforestry in the Sahel”. Such a research project is highly needed as the multiple benefits of agroforestry in the Sahel continue to be under-estimated. We all agreed it is urgent and Frank Place will design a first draft proposal.
8. Good news….IUCN Netherlands is developing and supporting a re-greening initiative in the Sahel and some of our partners have been approached. We will contact IUCN to get more info and to explore possibilities for synergy.

9. Our partner Both Ends (www.bothends.org) has just submitted to the Turing Foundation (created by the owners of Tom Tom) a proposal for funding a re-greening initiative in Niger. Funding has been requested for a modest two year program….but as soon as this is up and running we will try to mobilize additional funding.

10. Re-greening partners from World Vision in Northern Ghana expressed an interest to visit sites in Burkina Faso and in Mali. This will be arranged.

11. A message was received from Mr. Wanga Masakhalia of the Pastoralist Integrated Support Project in Marsabit, Kenya. Mr. Masakhalia is interested to promote re-greening of the Chalbi desert. Two days after rfeceiving this message, I happened to meet Karen Witsenburg of Both Ends….who wrote a PhD with Adano Wario Roha about “Surviving Pastoral Decline: pastoral sedentarisation, natural resource management and livelihood diversification in Marsabit District, Northern Kenya”. One of their findings is that sedentarisation has not led to widespread environmental degradation. My plan is forward the message of Mr. Masakhalia to Adrian Cullis, Karen and Adano and others in our network who are knowledgeable about pastoralism.

Some upcoming events
12. The Governing Council of the International Fund for Agricultural Development (IFAD) will meet in Rome on February 17 and 18. A panel will be held on February 18 on successes in agriculture and natural resource management in Sub-Saharan Africa. Mary Allen (coordinator re-greening initiative in Mali) and Chris Reij (facilitator ARI) will be on the panel. More about this in next activity report.

13. On March 9 and 10 researchers from Columbia University, Stockholm University and VU University Amsterdam will meet in Amsterdam to explore possibilities for creating a consortium to do research on the biophysical and other impacts of re-greening in the Sahel.

14. On March 26 the documentary about Yacouba Sawadogo, farmer innovator in Burkina Faso, will be launched in Norwich. Its title: The man who stopped the desert”.

“Coming out of the stone age”

15. As the Web Alliance for Re-greening Africa will get shape….I will in the course of 2010 begin to stop with sending ARI activity reports to individuals….but the activity reports (as well as other products) will begin to be published on different websites. My ICT colleague just created a blog….on which you can find some of activity reports of 2009….we will gradually upload all old activity reports and publish the new ones on it.